About me and my musical journey 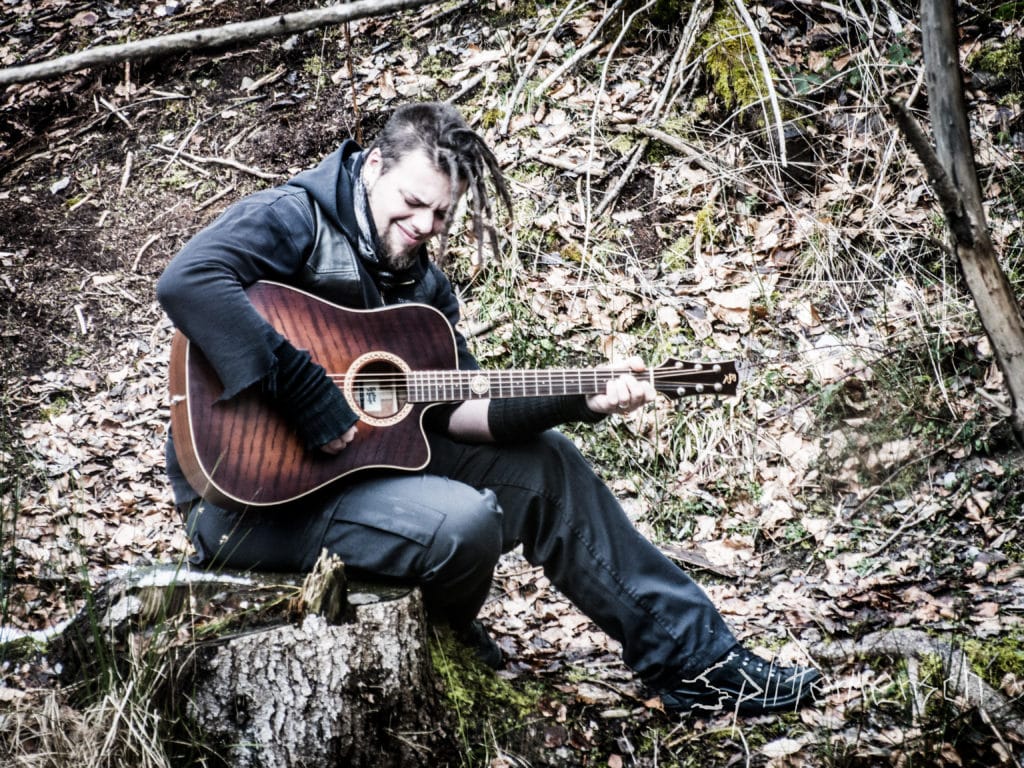 My Name is Armin Rauls, born in 1989. I live in a small village
in South-West-Germany, close to the Luxembourg border.

I started playing instruments at the age of 5. In total I spent more then
20 years now making music. My first instrument was the violin.
Growing older and I fell in love with Rock Music.
Being into that I wanted to play the guitar! But my parents didn’t allow me
to take lessons by saying: “You will quit that as you quit the violin!!”
So I started learning it by myself at the age of 12 with some badly written,
bad- explaining books that have been so popular at that time.

When we finally had an internet connection at home, I spent nights
and nights on forums, talking to other guitarplayers and took a lot of inspiration out of that.
Time passed by and I learned more and more. Even though I became fan of music theory.

Later I got into my first band “Project Revolution” which was the High School Band from my school as a guitar player.
But as everyone of us is continously developping, I got bored of playing “Blink 182”, “Green Day” and “Nirvana”
A few years later I got a spot in my first metal band.
Playing the Leads in a metal that played songs from Judas Priest, Accept, Metal Church, Saxon,…
I litteraly fell in love with those arrangements, songs, messages, melodies and solos in this genre of music.
Even now almost 12 Years later I still love all those Bands (and a lot more)

At the same time I was listening to all those medieval stories and songs and started playing the
Irish Bouzouki as well. I specially fell in Love with “Subway to Sally”, a Band that mixes
traditionnal music with modern heavy guitars.

Seven or eight years later I found myself being the Electric and Acoustic guitarplayer
of an ElectroFolk-Rock Band from Southern Germany.  Being in that band for almost 4 years,
I felt that It was time to move on and I began searching for new shores.